On Top of the World –

A Crisis & a Tiny House 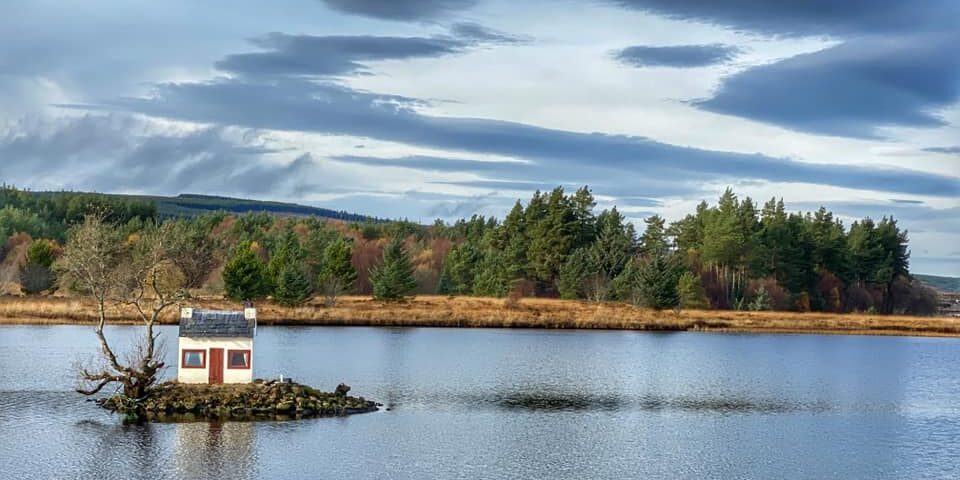 FINDING WONDERLAND- So yesterday we took a drive with no particular agenda, and as we often do. As Wonder Hunters, it is our mission in life to be a cooperative part of the mystery, wandering the wide world in search of awe in all its various forms. You can’t really plan that. You just get a general direction of where you’d like to explore and go. It makes for the best surprises, and surprise is a core element of Wonder Hunting.

As often happens, our trip took an unexpected turn when our car dipped into a pothole that took us off the very narrow ledge on a single track road. Lee is an excellent driver and negotiates these roads like a champ. It was only my sudden cry, urging him to stop and back up so that I could capture a photo of especially dazzling moss-and-rock spirits, that we veered into danger. Because of my photo-wanderlust, we were stuck on the side of a mountain, in a sort of ditch, on the side of a steep incline in a markedly deserted piece of wild Scotland.

No WiFi, very spotty cell coverage, and the closest tow truck two hours away. The sun was getting low and the wind was kicking up and if you know anything about the Western Highlands this can be a daunting combo. It looked for a while there that we might be spending most of the evening in our car on the side of the mountain, hoping any oncoming car would see our hazard lights in time to avoid collision(there simply wasn’t enough room for cars to maneuver around our vehicle.) As the sun began to sink over the mountains it became more and more unclear when (or even if) we would make it back the three hours to our lodging.

As twilight began to gather her folded skirt around the tree line, an unassuming knight approached in a large white van asking if we’d like some assistance. Half an hour later we were free and began the trek back to the east coast.

Earlier that afternoon, when the sun was bright enough for us to track a hawk flying over a brown field in search of lunch, we drove by a crystal blue lake and caught sight of this tiny house someone had built on an impossibly tiny floating bit of green.

It was my Wonder Hunting score for the day.

And as we drove the black night roads towards the safety of our lodging, I considered the improbability of a big white van on a narrow road in the middle of a non-inhabited wild mountain land, who just happened to have all the tools necessary for hauling us out of the ditch. And the unlikeliness of seeing this wee house on a wee bit of land with its own wee tree for company.

Impossible things happen every day. Magic and charm and improbable things exist right in the middle of stuckery and crisis. Stay alert. There’s a fairy tale looking for you, hoping you notice as you drive by.